German Food Fans get ready to enjoy your favorite Nick’s Schnitzel on Tuesday & Wednesday! Our authentic Pork Schnitzel Specialties are $5 off both nights, dine-in and takeout! Of course we have authentic German brews that are the perfect compliment to your schnitzel. Prost!
Call for reservations: (843) 535-9565 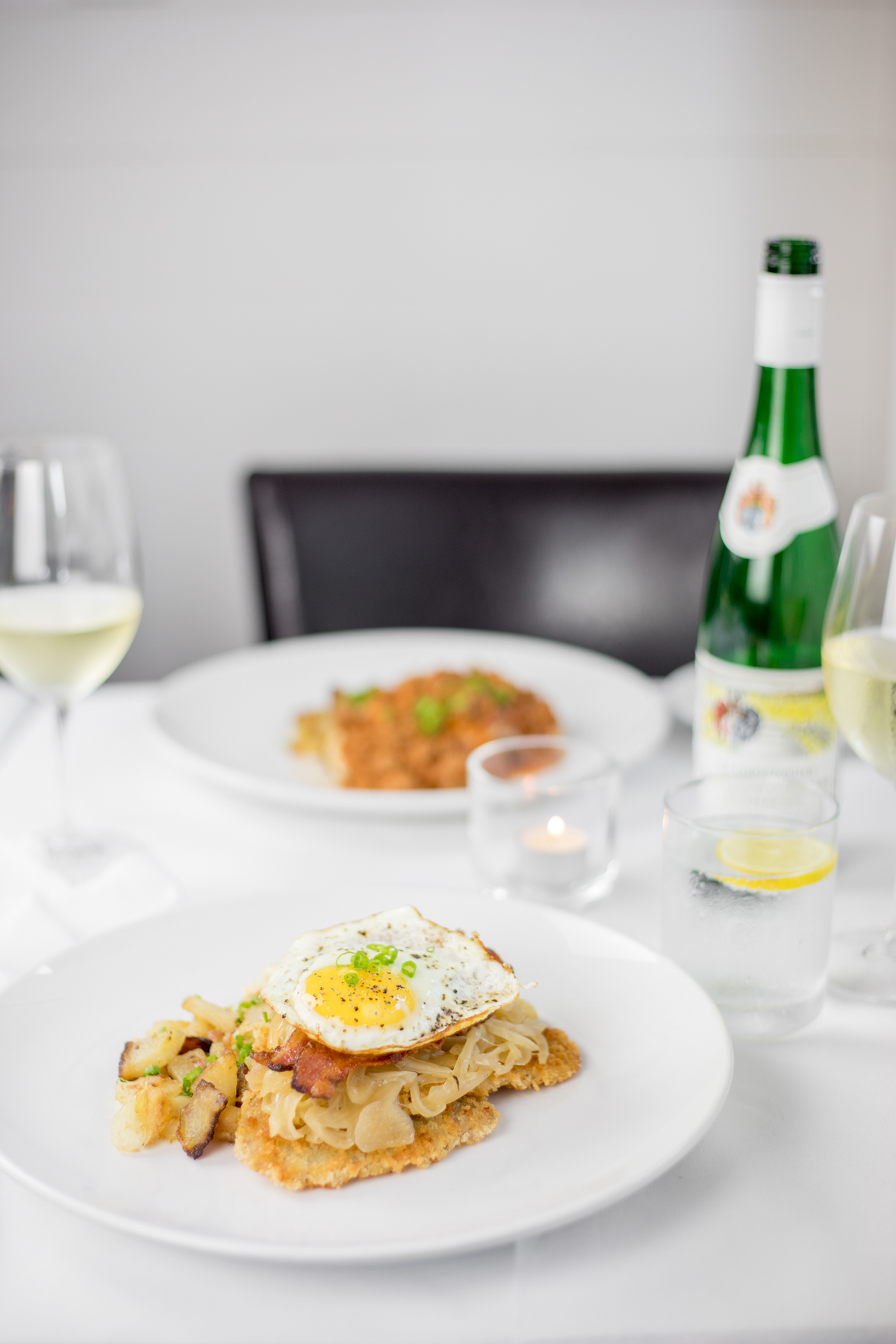 What is a Schnitzel anyway?

At its most basic, schnitzel is a simple way of preparing thin cutlets of meat by breading and frying.

Where did schnitzel from?

“Wiener” (pronounced VIEN-er) means “Viennese” or “from Vienna” in Austria. The original preparation for making Wiener-Schnitzel was perfected by the Austrians, and so it now carries their name. However the recipe for making schnitzel can be traced back to the Byzantine Empire in the 7th century!

The legend goes that Kaiser Basileios I, in the late 800’s AD, liked his meat to be covered in sheets of gold. This practice soon become popular with the wealthy, but it was also very expensive. So, an alternative “yellow gold” was created by using breadcrumbs to coat meat quickly which then became a widely used preparation method. In the 1800s, an Austrian general was served a dish of bread crumb-coated veal cutlets while in Milan. He brought the idea back to the Austrian Kaiser, and it was in Vienna that the Wiener-Schnitzel was perfected and became famous.

Because you've got to know what-the-schnitzel's going on!